Here’s a brief introduction into the Martingale system if you care to try it.  It does get quite a lot of bad press mainly because it’s portrayed as some sort of ‘roulette killer’ which is guaranteed to make you rich, which of course is far from the truth.  However like most systems for gambling if you appreciate it’s shortcomings then it can be quite a sensible way of playing something like roulette.

For example if you compare the careful calculation and doubling of your stake combined with a sensible stop/loss compared to what some people do at casino roulette tables after a few drinks – it’s much safer. I watched last week a couple of Chinese punters literally throw chips all over the table after every spin at a casino in Dublin – I’m almost certain that it was almost mathematically impossible to win some of their spins as they huge placed bets on conflicting results.

At least with most systems it adds focus to the game, although perhaps the biggest issue with Martingale is it turns a fun game into something rather tedious. 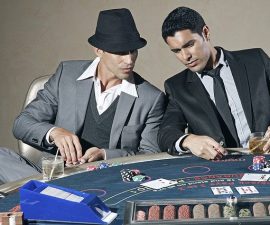 Roulette becomes one of the most popular gambling game after …
May 4, 2020