There is one betting system that is by far the most popular in roulette and that is the martingale strategy. In fact the system is nearly as old as the game of roulette itself, it’s certainly dates back to at least the 18th century and possibly before. It’s not very complicated although it has a host of variants which can be quite difficult to follow correctly, but at it’s heart the martingale is merely a progression system.

Does the Martingale Strategy Guarantee you Win?

You will find Martingale on many web sites, click around and you’ll see ads for ‘ secret betting systems’, surefire winning gambling strategies and similar mad claims. Funnily enough many of them require no money and are offering this free system as a service to gamblers – yeah right !

First of all whatever you read, whatever I write, there is one important point to remember.

There is no mathematical system in existence that can overcome the house edge.

And that includes the martingale strategy. The problem with the martingale is that it sounds so plausible. For example you place a $1 bet on red, if it loses then you place $2, then $4, $8 and so on doubling each time you lose. Therefore when you do actually win you are guaranteed a profit albeit a small one – sounds excellent doesn’t it? As long as you keep doubling you cannot lose.

If you want to see how you can actually lose, have a look at this video I made !
Playing the Martingale Strategy

Everything about Martingale strategy shouts a sure-fire winner but alas simple things like a house limit mean that in practice it isn’t. Of course this doesn’t mean that you can’t win on roulette with Martingale, but that’s the beauty of roulette – the house edge is not that big, so you can also win by getting blind drunk and throwing stupid bets around the table whilst pretending your James Bond.

It’s not a bad strategy though as long as you realise it doesn’t guarantee anything. In fact casinos are not that keen on system players of any sort as their disciplined betting patterns means that you regularly win small amounts. That big loss, or unlucky streak that balances up the winnings using the martingale strategy can take an awful lot of time to appear.

One croupier told me that what tends to happen is that someone using this strategy will often come in for week after week, slowly accumulating small profits. But when the time comes (and it will come) that they suffer their huge loss trying to stick to the martingale system – the flaw in the strategy will be revealed and they never play again.

The problem is that consecutive events are much more common that you would realise, to see 8 reds appear is actually not that unusual if you play regularly. One croupier told me that he had actually seen 21 consecutive reds once appear, that would be impossible to cover using martingale. In fact 8 consecutive spins will wipe most people out, or breach the house limits. Here martingale=heavy loss. So play wisely there is something to be said for most of these roulette strategies but they don’t change the odds. You can actually check out some sample scenarios here where we have developed a simulator of The Martingale System

Oh and a final note, those web pages you see explaining this system often penned by a professional gambler who urges you to keep the martingale system quiet, (before posting it on a web site). You may have wondered what he seeks to achieve, well it’s very simple – he will have signed up with a selection of rubbish casinos that pay huge commissions on any players he sends them – these online casinos will then be the ‘recommended ones’ where the secret martingale system will work best!

It can be fun to play online roulette , but play sensibly and don’t get deceived by these systems. 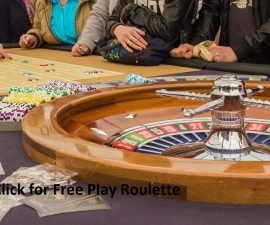 Anyone who has read Dan Brown’s best-selling novel The DaVinci …
March 25, 2010