The odds in roulette are excellent, sure there’s a house edge but if you play on a European wheel with En Prison rules then it’s extremely low. But even taking the average European House Edge of 2.7% have you ever thought exactly what that means?

Well in financial terms that house edge statistically speaking should equate to the Casino winning $2.70 of every 100 dollars you stake. Doesn’t sound too bad does it, idle away a few hours for a few bucks with the chance of hitting it big if your luck is in. Unfortunately it doesn’t work quite like this, you may not be terribly surprised to find out that on average the Casino takes a lot more from each punter.

The amount obviously varies but in reality it’s nearer 30%, for every $100 that is staked the casino takes about $30 of it – that sounds like a better business model. But on a Saturday night when the place is full of half cut, hard core gamblers it could be much higher than that.

So why such a high cut, well it’s simply because of the way most people gamble. If you imagine a line chart which charts your winnings and losses throughout a night in a casino. Sometimes you’ll win, sometime you lose – this is where the problem comes in, the vast majority of gamblers don’t have a target, they don’t have an objective to their evening. They will generally gamble until they hit zero funds, throughout the night they will have won or lost, but they keep going until they inevitably hit a streak that takes them into negative territory. They go through zero on our imaginary graph and have no alternative than to make their way home – they have no upper line which tells them when to stop whilst ahead.

It makes sense when you actually stop and think about it, you know the house has a slight advantage – but in the short term it’s actually quite small. The longer you play the more the probable will happen, you have something to stop you when your on a bad run – it’s called running out of money. What stops your winning run – it should be you taking your profits home !

But it doesn’t have to be like that, if you don’t have a target when gambling you’ll keep going until they house edge catches up with you. So before you start to play – and it doesn’t matter what your game, always have a winning target, better still have an upper and lower target when you hit either you quit.

If everyone played like that casinos profits would plummet I promise you. 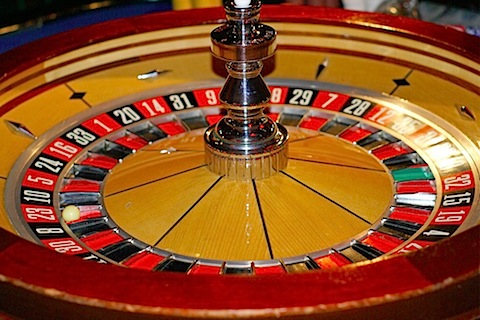 All over the internet people are searching for easy ways …
April 3, 2012 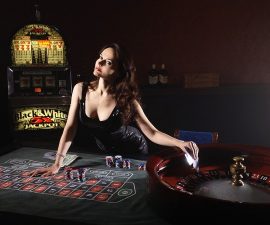