It’s a moot point for me, do I think the odds of winning are better on a live roulette wheel as opposed to a computer generated one? If you take a completely random computer generated one and an unbiased one then there should logically be little difference. There could theoretically be slight biases in any one, maybe the computers random number generator is flawed just as a physical roulette wheel may have some slight bias due to a problem with the wheel or even the croupier.

There is no doubt in my mind though, it would have to a real live roulette wheel every time. The reason is not because I suspect, deliberate cheating from a casino with a modified computer wheel that spins in their favour – because overall it’s simply not worth a casino doing this. A straight casino will make money anyway without cheating, although judging by the names in the Casino Meisters Rogue list, many don’t even bother with these sort of subtle cheats they just don’t pay their winning players !

The reason is simply the game, the feel, the atmosphere of a real live roulette wheel is just different. Roulette is a game of chance and there is nothing better than simulating this chance than a good old fashioned roulette wheel. The speed of the ball, the speed the wheel turns, how the croupier spins, the starting position of the wheel – a hundred different physical factors combine to ensure that the eventual winning number is completely unknown. They are factors we can see on a live roulette wheel, the random chance behind a computer algorithm is something we just have to take for granted.

So how does a computer generate the random numbers required to produce an accurate simulation of a roulette wheel? Well it’s simply an algorithm that can automatically create a huge long list of numbers, which have random properties. It is important that these lists are extremely long as if the sequence repeats then this will decrease the randomness significantly. These strings of numbers need a fixed number in order to help generate these lists and this number is fixed and is called the seed.

This seed number is extremely important and this should also be as random as possible, many times something like the computers internal clock is used to generate the seed number. There are lots of other ways that a computer can produce these pseudo random numbers, it’s really a quest for entropy trying to use anything that cannot be easily predicted to produce your random results. Of course these are limited to what’s available to the algorithm at the time so the ‘random’ produced in a lab where servers are connected to a wide array of hardware devices and inputs is going to be much higher than that of a standard server with just an internal clock to utilise.

The Quest for a Live Roulette Wheel

Here we can see a roulette wheel operating a random number generator, the wheel is supposed to accurately simulate a real live roulette wheel as you’d find in a casino. Is it truly random ? Who knows, at best any pattern would be undetectable, but pseudo- random is enough as long as people aren’t analysing all the spins with huge super computers!

Give it a spin – just click on the wheel to spin (yes I know it goes the wrong way round.) Feel free to use the wheel to pick your real roulette numbers or your lottery picks – if you win send donations here 😉

The problem I have even if you add the right noises it’s still a computer program, you know behind the scenes little calculations are deciding on which number the ball will stop. That same computer program also knows what number you have placed a huge pile of chips on – it’s not hard to get really paranoid if a few spins go against you.

No I’ll stick to real roulette using a live roulette wheel, there are a couple of decent ones online now. The best ones are done in real time, that is you play the actual game that is happening in a real casino. You play alongside the punters actually physically in the casino. The one I use because it has the best reputation is based in Fitzwilliam Street in Dublin. If you play pick a table with other players on, it’s much more fun if the casino is pretty full (late nights GMT). I actually had a really big win on here following a little Chinese chap who looked as though he’d had a few too many to drink – he seemed to be on a lucky streak so I kept shadowing his bets. I won a lot of money and only stopped when he fell off his stool and looked like he was led away out of the Casino !

You can actually join in the fun using the free mode as well – give it a spin it’s here at Dublinbet – they usually have a few decent bonuses up. 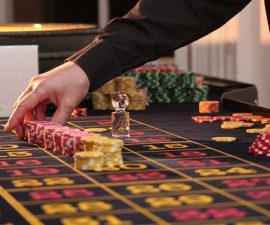 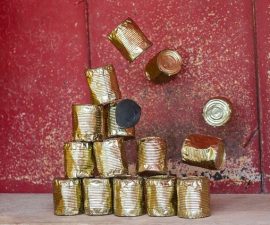 In between the thousands of spam comments on this site, …
February 2, 2021